Irene Moore Davis was born and raised in Windsor, Ontario. She descends from Black pioneers who settled in Southwestern Ontario, including Sandwich, in the nineteenth century. She is President of the Essex County Black Historical Research Society, fulfills committee roles with the Buxton National Historic Site and Museum, Amherstburg Freedom Museum, BookFest Windsor/Festival du Livre, and other organizations, and is co-host of the All Write in Sin City podcast. In addition to publishing poetry, Irene was part of the writing and editorial team for African Canadian Roads to Freedom, resource manuals which help local Grade 1 through 12 teachers integrate Black history into their everyday curriculum; she was a co-author of End of the Journey: A Brief History of Windsor’s African Canadian Community (Northstar Cultural Community Centre, 2006); and she was one of several Canadian and U.S. historians to contribute chapters to the book A Fluid Frontier: Slavery, Resistance, and the Underground Railroad in the Detroit River Borderland (Wayne State University Press, 2016.) Currently, Irene is completing a book about the history of African-descended people in Windsor and Sandwich. She enjoys speaking and writing about Black history, equity, diversity, and inclusion. In her professional life, Irene is an administrator at St. Clair College where she also teaches English and Underground Railroad history. 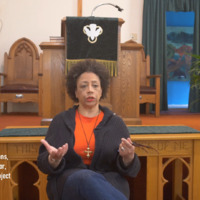 Kimberly Simmons,  a lifelong resident of Detroit, is a descendant of Southwestern Ontario Black pioneer families including the Watkins and Jackson clans who made Sandwich their home in the nineteenth century. Having spent her career in the private and non-profit sectors, she is now Executive Director of the Detroit River Project as well as Vice President of the Essex County Black Historical Research Society. Kimberly is a former appointee to the Michigan Freedom Trail Commission as well as former longtime Chair of the Detroit Historical Society’s Black Historic Sites Committee. She is a frequent speaker on Black history and has been responsible for researching and writing a multitude of Underground Railroad-related plaques and designations in the U.S. Along with her friend and fellow historian Larry McClellan, she contributed a chapter to the publication A Fluid Frontier: Slavery, Resistance, and the Underground Railroad in the Detroit River Borderland (Wayne State University Press, 2016) and co-authored To the River: The Remarkable Journey of Caroline Quarlls, A Freedom Seeker on the Underground Railroad (Thorn Creek Press, 2019.) 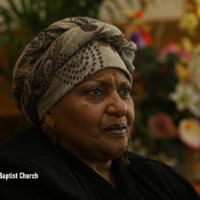 Lana Talbot was born in Windsor, Ontario, where she still resides. She is a community historian and activist as well as a longtime member of Sandwich First Baptist Church, where her roles include Choir Director and Church Historian. She can often be found conducting tours of the historic Underground Railroad-era building for visitors from all over North America and beyond. As a multitalented artist and Vice President of the Artists of Colour (Windsor-Essex County) Lana Talbot creates works of art under the pseudonym Enyale. She is respected for her singing, drawing, painting, and fashion design in addition to her gift for making one-of-a-kind African Diaspora-inspired dolls. 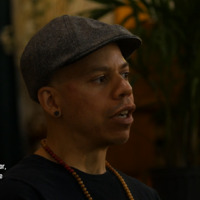 Teajai Travis is a Windsor-based Afro-Indigenous poet and drummer, activist, and historical archivist. He is also an arts educator with Arts Can Teach, the Founder and Director of The Bloomfield House, and a member of the boards of The Windsor Youth Centre, The Friends of the Court, and Literary Arts Windsor. In 2017 he launched his Missing from History: Women of the Underground Railroad project to identify the important role women played in the intricate network of freedom fighters known as the Underground Railroad. He went on to develop these stories through poetry, spoken word, and theatre. More recently, Teajai’s exploration of his family history has led to a multi-disciplinary project called Born Enslaved, a study of his ancestors’ lives in slavery in Virginia, their establishment of a town for self-emancipated Blacks in Pennsylvania, and their eventual journey to Southwestern Ontario, rendered through a poetry collection, songs, short stories, and a play. 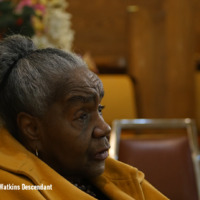 Charlotte Watkins was born in historic Sandwich on the homestead held for generations by the Watkins family, and is a lifelong member of Sandwich First Baptist Church. This talented vocalist and music teacher won many awards during her singing career, including success at the Windsor Music Festival and the Chatham Music Festival. She won the Opera Contralto competition at the Canadian National Exhibition. Ms. Watkins made several appearances on CBC Television including being featured in 1961 on the program “Music in Miniature.” In addition to raising three daughters with her husband, Arthur Maxey, a letter carrier who was also a gifted tenor, she went on to own a music school over and above her career as a stenographer at Hotel Dieu Hospital in Windsor.