Black Baptists began meeting in homes in Sandwich in the early 1840s, and in 1847 Sandwich’s Black residents built a log church. Many members of the congregation were formerly enslaved people who had made their way to freedom in Upper Canada; others were free African Americans who had emigrated to escape rampant racism, harassment, oppressive laws and codes, and the fear of being captured and enslaved. In 1851, the congregation of Sandwich First Baptist Church built the brick building which remains in place on Peter Street today. While other Black congregations dating from the Underground Railroad era continue to worship together in the City of Windsor, Sandwich First Baptist Church is the only original structure built by a Black congregation in the Underground Railroad era that remains within the city limits. It is one of the oldest continuously active Black churches in Canada. 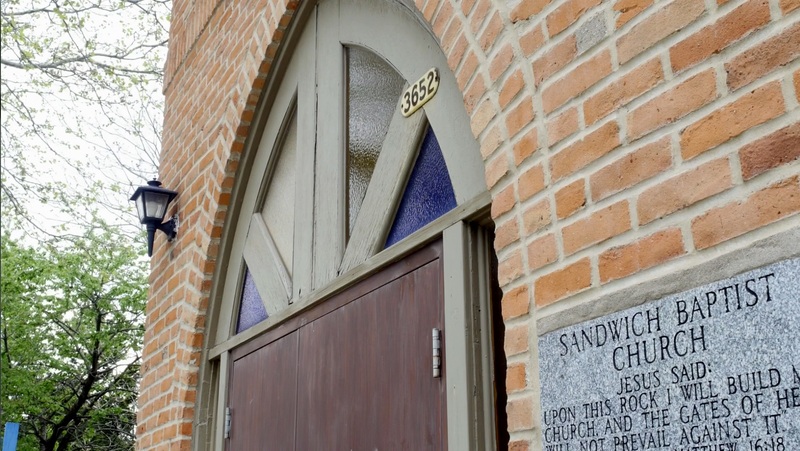 Structurally, Sandwich First Baptist Church is a small, simple, brick, gable-roofed church built in the auditory hall style, but its significance to the Black community of Sandwich and more broadly, Windsor, and to African Canadian history, is vast. The bricks themselves are regarded as sacred by members of the Black community—with the water of the Detroit River which many had crossed to freedom and the clay on which their first joyful steps as free people had been taken, mixed and made lovingly into bricks by the hands of the parishioners. In 1851, making the bricks was an endeavour in which whole families participated, since every family in the congregation was required to either meet a quota of bricks or make an equivalent monetary donation. Women and girls carried buckets of water from the Detroit River to the building site to mix the mortar; men and boys made the bricks and baked them in a kiln on the church property—land donated by the Crown after the founders successfully petitioned the Queen.

Sandwich First Baptist Church provided both spiritual and physical refuge to Black residents of Sandwich. Oral traditions indicate that when slavecatchers were spotted in the vicinity, members of the congregation would hide freedom seekers in a shallow space below the floorboards, singing and making a joyful noise to obscure the sound of the frantic efforts to evade abduction and re-enslavement. Visitors to the church today often have an opportunity to look beneath a section of the floor and see the space in which Underground Railroad travelers are said to have hidden. On an ongoing basis, the church also participated in receiving and assisting newly arrived refugees from slavery.

Sandwich First Baptist Church has been recognized by the Government of Canada as a National Historic Site since 1999. The church was of the utmost importance to the Black community—not merely Black Baptists or even residents of Sandwich alone. It was not only a religious institution; it was a meeting place, a space where important conventions and discussions would be held regarding the settlement of refugees, resistance to everyday racism, and the abolitionist movement; it was a valued community asset.