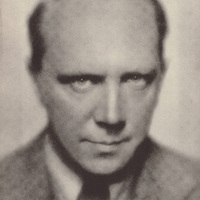 Michael Chekhov: The Actor is the Theatre is a digital exhibition featuring an archive of approximately 3,600 typewritten pages documenting Michael Chekhov’s work with the Chekhov Theatre Studio between 1936 and 1942. Deirdre Hurst du Prey, a member of the Studio, recorded and compiled notes on Chekhov’s workshops and rehearsals. In 1935, she and Beatrice Straight met Chekhov while visiting New York. As Hurst du Prey relates:

[Beatrice and I] got a message by cable telling us to be sure to see a very great Russian actor, who was going to be performing in New York. We immediately made inquiries, and it was, of course, an announcement of Michael Chekhov appearing in a play on Broadway with a small group of Russian players. We knew nothing about him, really, except through our Russian teachers. And they were very excited at the thought of seeing his work on the stage. So we went to an opening, and we were absolutely thunderstruck. We could never have imagined seeing acting of the kind that evening. Beatrice said afterwards that this is the man we should really try to get for Dartington. (Hurst du Prey, [2002?])

While still in New York, Chekhov would give three acting lessons to Beatrice Straight and Deirdre Hurst with the assistance of an interpreter. Straight’s parents, Leonard and Dorothy Elmhirst, subsequently invited Chekhov to establish the Chekhov Theatre Studio at Dartington Hall, Devon, UK. The Studio was established in 1936, officially opening on October 5 of that year. In 1939, with the growing threat of war in Europe, the Studio moved to Ridgefield, Connecticut, USA; however, the war would inevitably impact the United States as well, and the Chekhov Theatre Studio disbanded in 1942. Deirdre Hurst du Prey began taking notes for the three 1935 lessons and continued doing so throughout the work of the Studio: 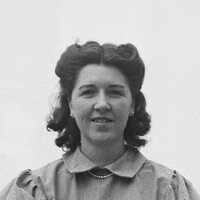 All my shorthand notes relating to the artistic life of the Studio were retained by me, together with the volumes of transcribed material. . . . Likewise, my work on Chekhov's book, To the Actor, while officially ending with the disbanding of the Studio in 1942, went on for some time, and Chekhov kept me in touch with its development and with his ideas until his death.

At Dartington, Dorothy and Leonard Elmhirst were eager to collect all the existing material on the history of the Chekhov Theatre Studio, to add to the material amassed in the archives there. Consequently, in 1961 I spent several weeks at Dartington, going over the collection, ascertaining the extent of the material, and estimating what was missing which could be supplied from my collection of the notes. . . . The plan was let me to work on the un-transcribed notes in my possession so that they might be added to the existing collection and provide valuable primary source material and the elements of a history of the Chekhov Theatre Studio both in England and America, as unfortunately by this time the records of the Studio had become lost, with the exception of those in my possession and those at Dartington.

This proved to be a formidable task until I was able to free myself from my teaching activities in 1971, and devote myself to transcribing these notes which had never been touched, and checking and verifying those which had been transcribed years before. All of this has resulted in the present collection. . . to be found in the manuscript which I have called The Actor is the Theatre, this being a quotation from one of Michael Chekhov’s lectures, as well as a statement of his belief. (Hurst du Prey, 1977)