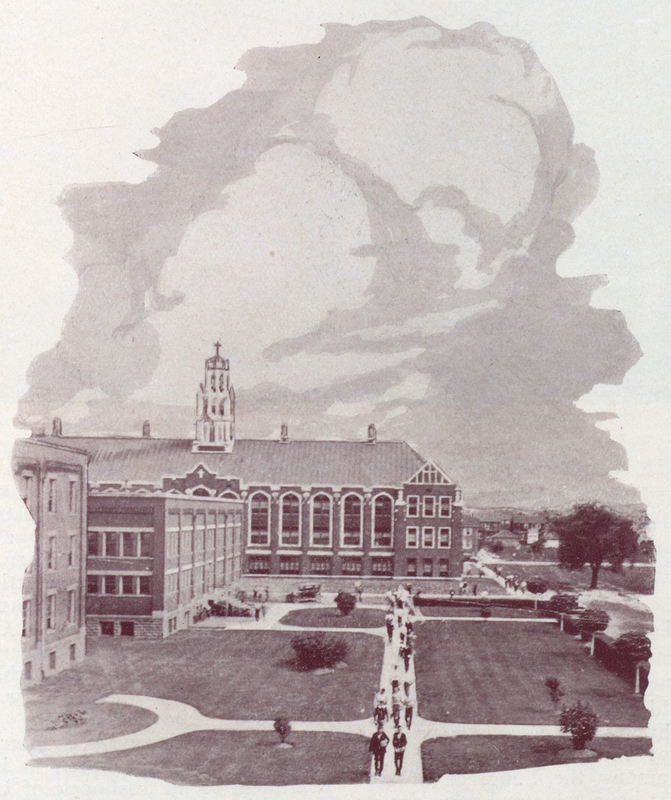 Father Thomas Aloysius MacDonald was appointed as Assumption’s ninth superior in 1932, who had been a member of Assumption’s staff as Registrar and as a science professor on and off since 1925, but continued teaching during his tenure as President [1]. MacDonald was immediately put to the test, as Assumption had $250,000 in debt along with taxes, insurance, and interest, that the College had borrowed for the construction of Dillon Hall [2]. With not enough enrollments to reach the magic number of 200 students, Assumption would be in a precarious financial position [3]. However, MacDonald was able to successfully negotiate a refinancing plan, with financial assistance from the Superior General and other high-ranking Basilians, allowing the College to achieve greater financial stability by the end of the decade [4]. His success in stabilizing Assumption’s finances was in part due to his “ruthless cost-cutting initiatives” such as freezing the salaries of lay teacher and employing students to do all maintenance and janitorial work on campus [5]. Assumption also saw a remarkable enrolment increase due to regular advertisements in the Catholic Register and Windsor and Detroit newspapers, along with canvassing groups that visited the homes of potential high school students to encourage parents to send their children to Assumption [6]. Assumption finally reached the “magic” number of 200 students by the 1935-1936 school year, and even peaked at 300 students by the 1937-1938 school year, thereby ensuring that Assumption had enough income from enrolment to maintain itself [7].

After dealing with Assumption’s financial issues, MacDonald moved onto concerns with his Art Department staff’s lack of post-graduate degrees [8]. The Basilians’ new Superior General, Father Harry Carr, agreed with MacDonald’s concerns, despite debate among the Basilians regarding the education of Catholic priests in non-secular schools [9]. As such, Carr founded the Institute of Mediaeval Studies in Toronto to facilitate scholarship and research and completely embraced “[the] desire to achieve educational excellence in al Basilian institutions" [10]. MacDonald similarly embraced this policy, sending members of his staff for graduate work every summer until 1940 and encouraging post-graduate work, leading to the first Ph.D. awarded at Assumption to Edward Garvey in 1937 [11]. MacDonald and Carr’s joint policy of post-graduate education “paid rich dividends for the [Basilian] community and for Assumption,” increasing the College’s reputation and strengthening the relationship between Assumption and Western University, including a close personal relationship between MacDonald and Dr. Sherwood Fox, Western’s president from 1927 to 1947 [12]. This close relationship assisted Assumption and Western’s negotiations over issues around relations between Assumption and St. Michael’s College in Toronto as well as problems with Holy Names graduates [13]. Since 1932, when the University of Toronto discontinued the first year of their general arts program, St. Michael’s began registering their students at Assumption’s arts program [14]. However, in 1933, only Grade 13 graduates would be admitted to a general arts program that would lead to a B.A. degree, which presented a problem for St. Michael’s, as they traditionally admitted large numbers of American Grade 12 graduates [15]. To ensure that these students would not leave to attend other schools, arrangements between St. Michael’s and Assumption resulted in these American students being registered in Assumption’s first year arts program, but Western was not consulted during these negotiations [16]. Once Western discovered this arrangement, Fox encouraged MacDonald to quickly resolve the situation, and after approval by Western’s administration, students were allowed to enroll at Western-affiliated Assumption and could enter Toronto’s program if they successfully passed their examinations [17]. These negotiations between Western, St. Michael’s, and Assumption continued until their resolution in 1939, with the final issue over the division of the students’ registration fees [18]. Despite the relatively peaceful resolution between Western and Assumption, a larger issue involving Holy Names College students would prove to be more difficult to solve. 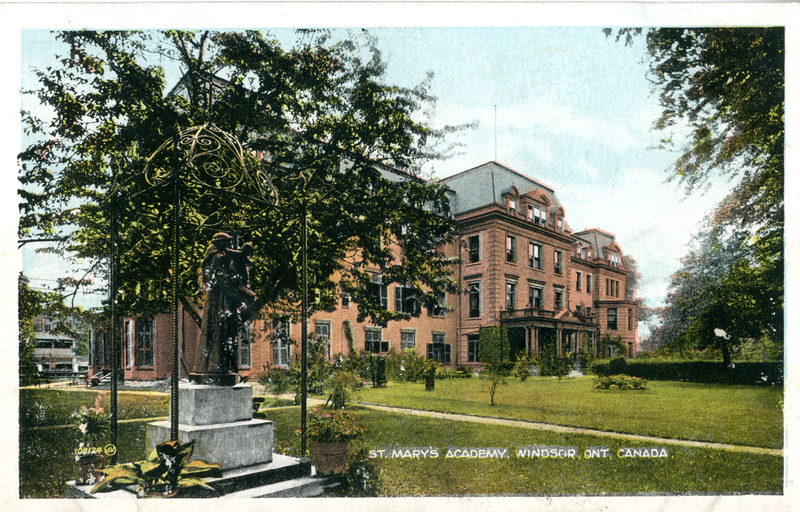 The Sisters of the Holy Names of Jesus and Mary had approached Bishop Fallon during Dillon’s presidency about affiliating with Assumption, which would create a college course at their St. Mary’s Academy [19]. Because the Ursuline Sisters had already established Bresica College at Western, their request was denied [20]. The Mother General contacted Kennedy in March 1930 about a possible affiliation, which was warmly received and due to Kennedy’s better relations with Fallon, the affiliation with Assumption was permitted [21]. In 1934, college classes began at St. Mary’s Academy, leading to the establishment of Holy Names College along with St. Mary’s existing elementary and high school courses [22]. The first graduating class of Holy Names College in May 1937 celebrated eleven women who received their Bachelor’s of Arts degrees from University of Western via their affiliation with Assumption College [23]. Despite these accomplishments, concerns over the academic performance of some of these 1937 graduates at Western’s College of Education threatened to discredit Assumption and St. Mary’s Academy [24]. As such, MacDonald was ordered to evaluate all exam papers from Holy Names’ graduating class, ensure that its staff and library “[met] fully the requirements of a standard college of liberal arts,” and place Assumption in charge of evaluating Holy Names’ appropriation of educational materials [25]. MacDonald immediately arranged meetings with Holy Names’ Mother Superior and their Dean, Sister Mary Electa to arrange an academic report on Holy Names’ staff, which outlined their academic inadequacies [26]. To solve these problems, Assumption, for the 1938-1939 school year, was in charge of examining all student exam papers, and Assumption staff taught a number of courses at Holy Names, ensuring that Holy Names continued its affiliation with Assumption and that its college graduates continued to receive degrees from Western [27]. 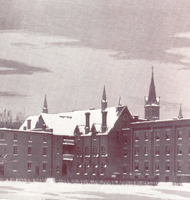 Unlike Kennedy’s struggles with Forster in the previous decade, MacDonald received massive support from his Superior General, Carr, and Western to begin Extension classes at Assumption [28]. As Kennedy had predicted, these classes only increased Assumption’s reputation as a “first-rate liberal arts college" [29]. To add to Assumption’s reputation, both locally and internationally, Assumption’s then-English and History professor, Stanley Murphy, established the Christian Culture Series in 1934, with the goal “to introduce Catholic scholars and thinkers…through an organized lecture series” and to enhance both Assumption and the Windsor-Detroit area’s reputation [30]. This series highlighted “the efforts of Father Murphy, and thereby Assumption College, in bringing ‘culture’ to the Border Cities,” especially with its choice of Bishop Fulton J. Sheen as speaker, whose high-profile work on programs like the NBC radio broadcast The Catholic Hour (1930-1952) and the ABC TV show Life is Worth Living (1952-1957) brought instant popularity and reputation to Murphy’s project and the College itself [31]. This series has continued to the present day, celebrating Catholic individuals and their scholarship both locally and internationally, still continuing to increase Assumption’s prestige.